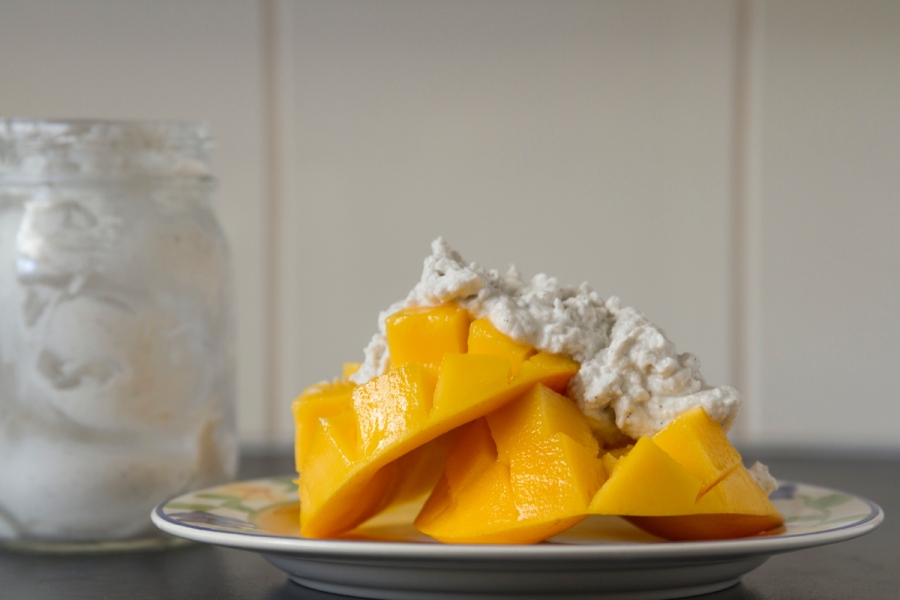 So for those of you who are dairy free, you will have found just as I have, that coconut yoghurt or ‘coyo’ is rather expensive to buy. I have decided it’s about time I try and make my own. I have come across many different methods/recipes for homemade coconut yoghurt and have picked two simple versions to test out and compare. I’ll be making one jar of coconut yoghurt from a can of coconut milk and another jar using the water and flesh of the young green thai coconut. This is simply to compare the taste and texture etc. I’ll also be adding vanilla powder and contents of a probiotic tablet to each, which is what helps ferment and create the yoghurt and delivers the good stuff for our guts. If you prefer your yoghurt to be sweeter simply add maple syrup, honey or any other natural sweetener after the fermentation process is competed. 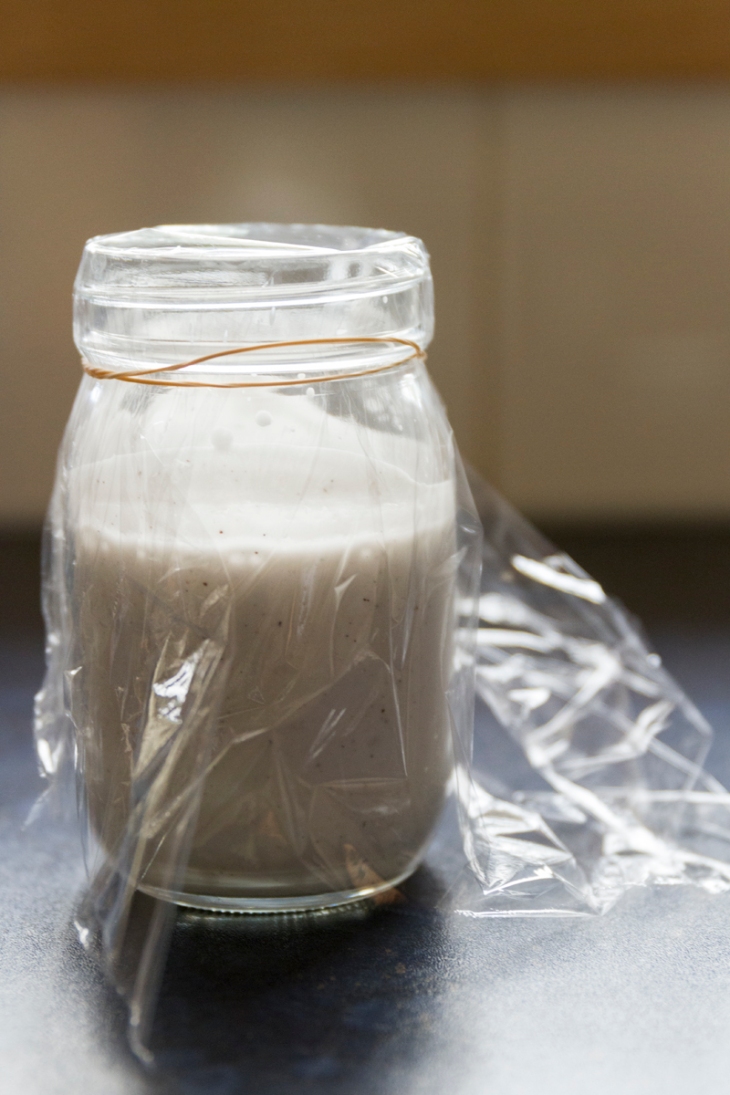 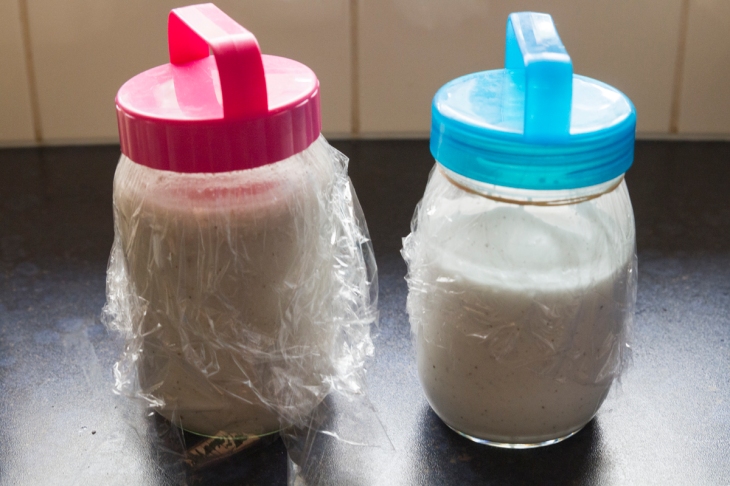 To make the yoghurt, either pour the contents of the can into a Sterilised jar and add the vanilla powder and probiotic powder into a jar and mix. For the young thai coconut pour the water into a blender and scrape out the jelly like flesh of the inside of the coconut into the blender. Blend together then pour into a jar and add the vanilla powder and probiotic powder and mix. You will want to seal the jars well and leave them on a bench to sit and ferment for 24hrs. I will be calling the coconut yoghurt made with the coconut milk ‘test#1’ and the coconut yoghurt made with the young thai coconut  with be called ‘test#2’ for the rest of this post, as I will be comparing the two as they go through the process of fermenting.
After 24hrs of sitting on my kitchen bench at room temperature I checked the two jars of yoghurt:

Test#1 tasted like coconut and was thicker but Test#2 tasted too much like coconut water and was quite runny. I think next time, if I use a young thai coconut, I will only use half of the water from inside and double the amount of coconut meat. I figured that putting the jars in the fridge for another 24 hours would help them thicken up some more.
I got impatient and checked the jars after they’d been sitting in the fridge for about 12hrs and found that Test#1 was at the perfect consistency for a nice thick yoghurt. Perfect for topping off fruit or muesli. Test#2 had only slightly thickened up and the coconut water had started to separate . It would probably work well in smoothies.

Test#2 even though kept in the fridge didn’t last very long so I’d recommend using it immediately after its set.

Coconut yoghurt can be used as a replacement for regular yoghurt 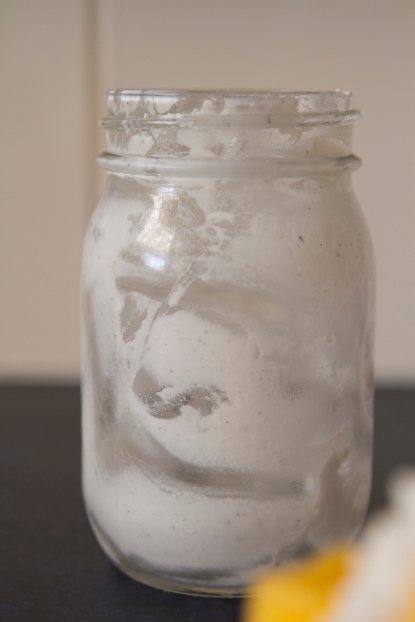 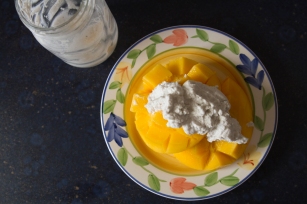 One thought on “Coconut Yoghurt ”