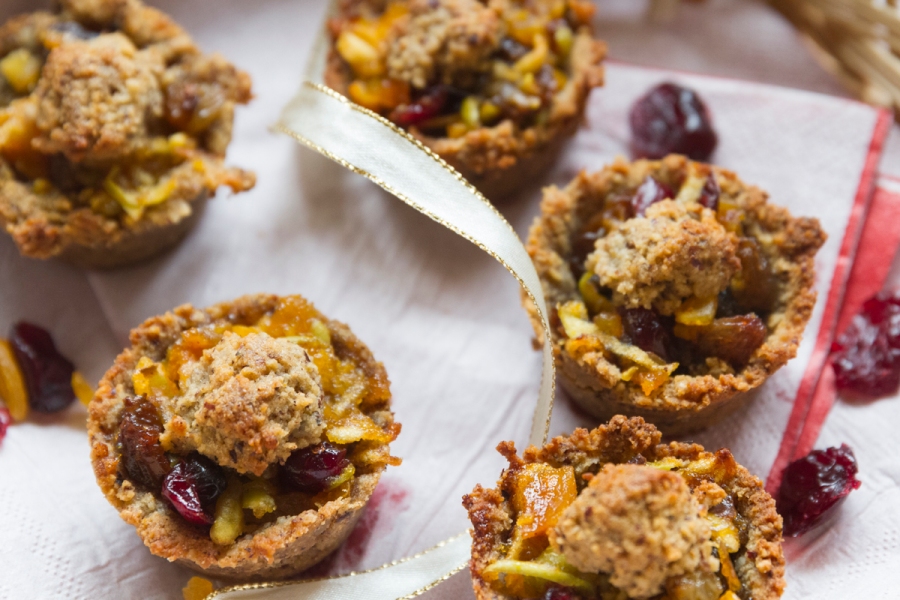 Eggnog isn’t something that is common here n Australia at Christmas time, but having a German family means I’ve drunk my fair share of the stuff. With and without the added alcohol content. A few years ago I went dairy free as I found too much milk upsets my stomach. This of course is a problem come Christmas time, what with all the tempting eggnog stocked in the fridge. I will be the first to admit I give into temptation and drink some each Christmas, until I can’t deal with the funny tummy anymore. 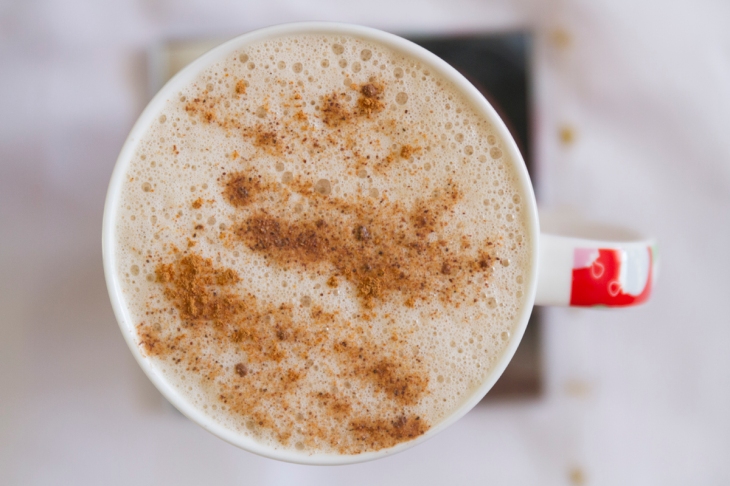 I’ve been meaning to try making a dairy free eggnog, so that I don’t miss out. I’m constantly seeing allergy friendly recipes pop up at this time of year so I finally got my butt into gear and made a batch. I picked a paleo friendly eggnog recipe that is quite simple to put together. Taste testing the mix straight from my blender I also discovered just how tasty the healthy version can be. 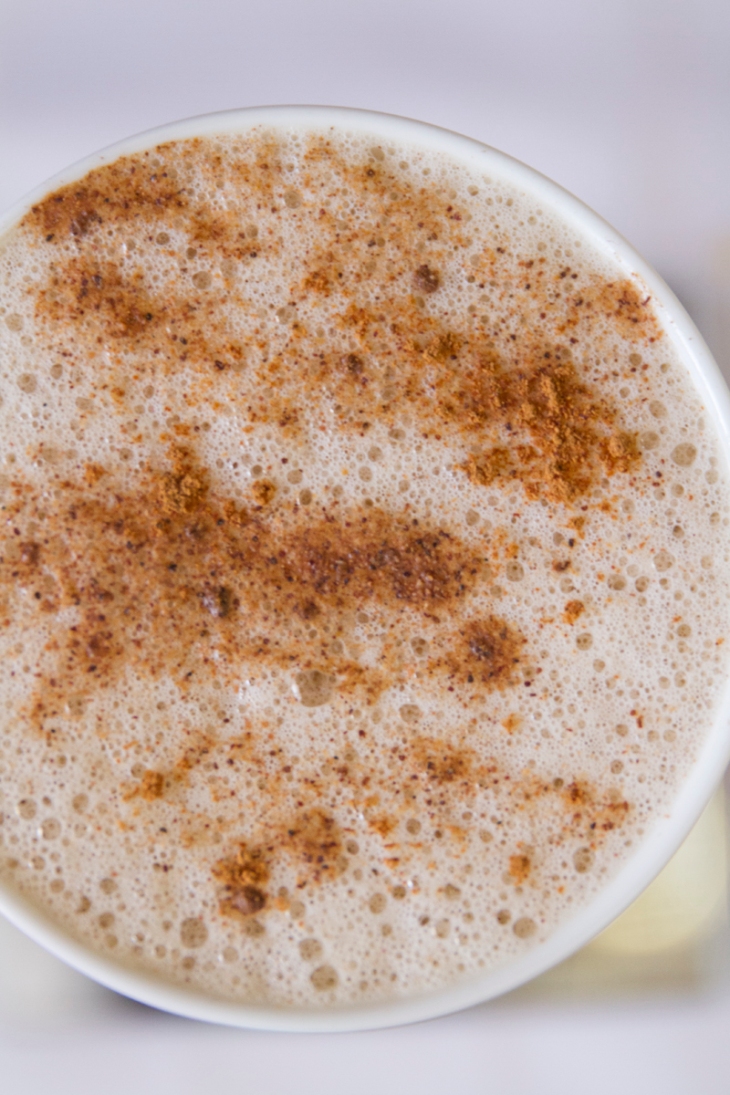 It’s a simple, throw all the ingredients in the blender type of recipe. Due to being blended for 2 minutes on high speed it produced a lovely, flavorful frothy layer on top of this Christmas drink. It contains the right amount of spices that it isn’t over powering and you wouldn’t even know it contains coconut milk just by drinking it. Blending the ingredients on highspeed slowly warmed up the eggnog but I found it a lot more refreshing to drink it chilled, maybe because it’s currently quite hot here in Melbourne.

As well as going dairy free a few years ago, I also went gluten free. For the first couple of Christmas’ I missed out on one of my Favourite festive treats, the fruit mince pie, due to there being very few tourist assay treats that were gluten free in the shops. Now a days  there are a few options around but I’ve found them to be quite dry and just not satisfying.

This is a recipe I bookmarked as soon as I first looked through the Lola Berry Happy cook book, the mini gluten free fruit mince pies, which are simple to make but do need to be prepped the night before. I didn’t have enough almond meal so did a half and half with hazelnut meal. And that my friends is where my troubles began. I found the dough mixture very sticky, despite adding another cup of hazelnut meal. Because of this, when it came to making the bases the next morning, the dough was very mushy so I had to do the bases free form in the muffin tray. They also didn’t cook well but in the end these gluten free fruit mince pies tasted very good, a lot more flavorful then the ones you pick up from woollies or coles. 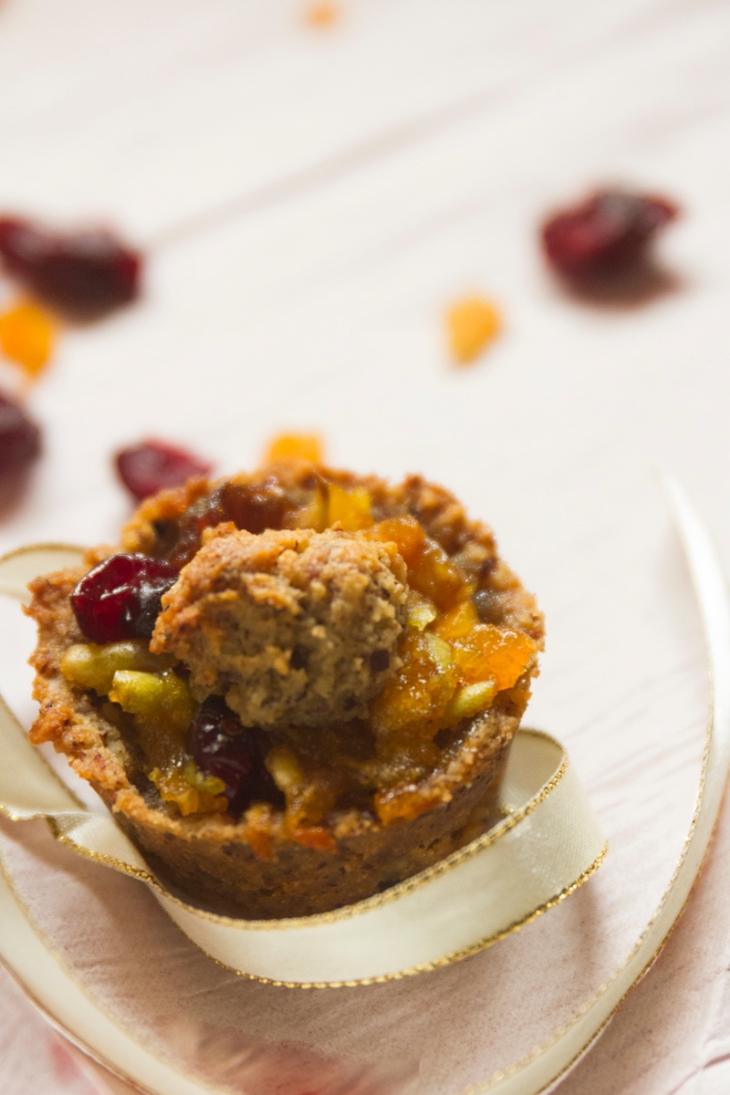 I had so much fruit mix left over so I added some brandy and let it soak some more. I then went to the shops to pick up some buckwheat flour to try round two, which didn’t go much better regarding the dough. It held together better but was just too sticky despite using less milk. I think this is a case of ‘follow the ingredients exactly’. (Fruit Mince Pies featured in photos are the first batch with the hazelnut meal).