Growing up with German family, I got eat a lot of cakes, biscuits and treats (I know where I inherited my sweet tooth from). One of my Favourite German cakes has always been the Black Forest Cake, or ‘Schwazwalder Kirschtorte’ which is Black Forest Cherry-Torte. A chocolate cake layered with cream and of course CHERRIES! The sweetness of the cake and cream combined with the tang of the cherries is absolute deliciousness in the mouth.

During my travels through Europe I was lucky enough To treat myself to a large slice of black forest cake from a bakery in Heidelberg, Germany. I savoured every bite, then messaged my mum to tell her she needs to make Oma’s black forest cake recipe.

Recently, I bought a copy of Luke Hines new recipe book ‘Eat Clean’ and fortunately it has a gluten free, dairy free version of my favourite cake. Perfect for me. Traditional,ply, this German cake contains Kirsch, a cherry liqueur, but because we are trying to keep this version healthy, there isn’t any alcohol included in the recipe. Feel free to add some if you want though 😛 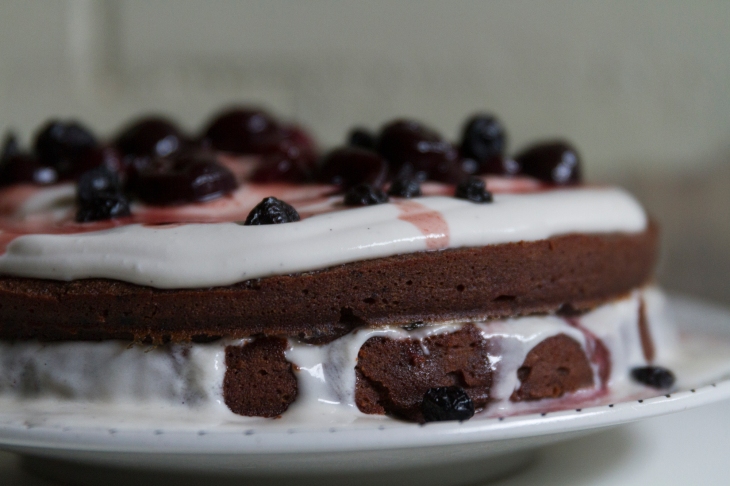 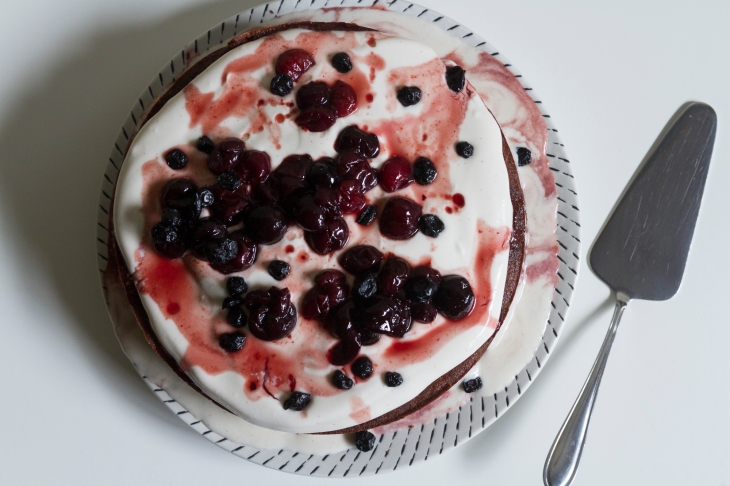 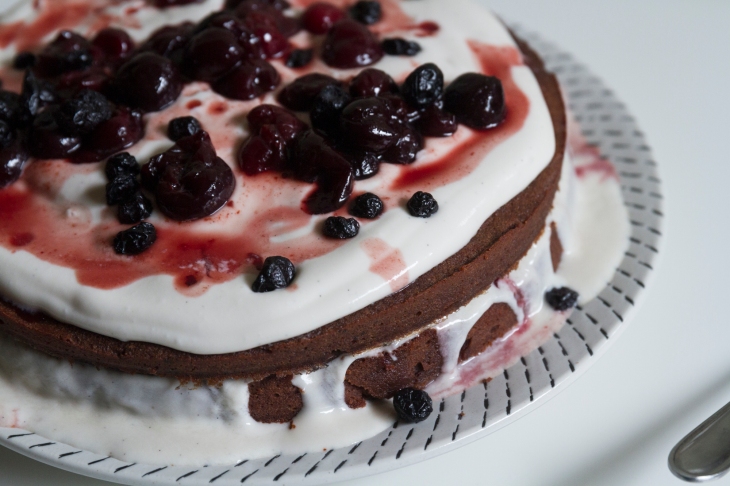 Despite the cream icing being made from coconut cream and coconut yoghurt I found it tasted similar to regular cream but slightly sweeter, which is always my preference. I do recommend leaving the cream In the fridge for longer then 30 minutes to thicken it up as I found it was too runny and spilled over the sides. Also make sure your cake base is thoroughly cooled too before adding the cream.

For this cake I had some dried blueberries left over so I sprinkled them over the top for decoration. Next time I will try dried cherries or dried cranberries in the cake mixture as they have more of that tart flavour we are after for a Black Forest cake.

Overall the cake tasted amazing, I was very pleased at the taste. The cake itself has a lovely texture and because fits made using coconut flour which is quite dense, it soaked up the runny coconut cream which added to the flavour and kept it quite moist. This cake is loaded with healthy fats so you don’t need a massive slice to feel satisfied and it won’t leave you feeling guilty either. 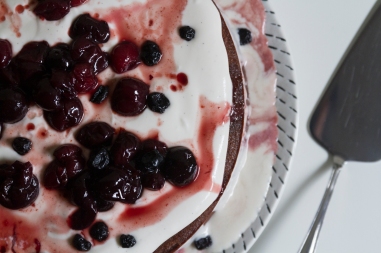 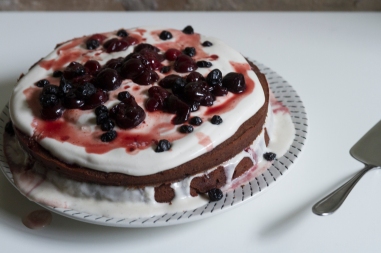