Thursday 15th I flew into Dublin, met with my room mate and wandered Dublin’s city centre to find some green for the St Patrick’s day celebrations. It was particularly hard to find green stuff.

We checked into the hostel and met the girls in our dorms that we would be partying with the next few nights as we celebrate St Patty’s day the Irish way. We all stocked up on booze as we were forewarned that alcohol can’t be sold until after 12pm on St Patrick’s day. Luckily drinks from the local store were cheap. Lots of Irish cider went in to the basket. We met up on a roof top terrace at the hostel, drank and chatted getting to know each other. We were all Aussies & Kiwi’s living in or moving to London. Great to have met more girls doing the same thing as I.

We drank some more as we joined up with the rest of the group and then following our Irish tour guide we headed out to town to Oscar’s bar on the other side of the river to meet up with the other Shamrocker tour groups. Along the way, my room mate & I some how wandered into a Pappa Johns an ordered ourselves some pizza. We’d peaked early and already had the munchies. We some how managed to make it to the bar and joined up with everyone else. We drank some more then with a couple of other girls we ventured to the famous Temple Bar Pub. Got to listen and sing along to live music before calling it a night. A midnight macca’s run before half carrying one of the girls back to the hostel. We definitely started the trip all guns firing. That may not have been the smartest with what was to come but I wouldn’t change it either.

I managed to drag myself out of bed the next morning and made it to breakfast at the tail end. Turns out I wasn’t the only one only just getting up as the dinning area was packed with a lot of hungover looking faces.

A walking tour around Dublin, where I picked up on the amazing colour eyes our tour guide had, It was a slight distraction xD The walking tour ended at the Guinness Brewery where we had entry to the brewery tour. 10/10 would recommend going to the Guinness Brewery if you’re ever in Dublin. Across 4 levels, we learnt about the whole process of Guinness production. We watched Irish dancing, sampled a new drink, ate Guinness toasties and drank a free pint of Guinness on the 5th level whilst enjoying 360 degree views over Dublin. We may have smuggled out our pint glasses too. 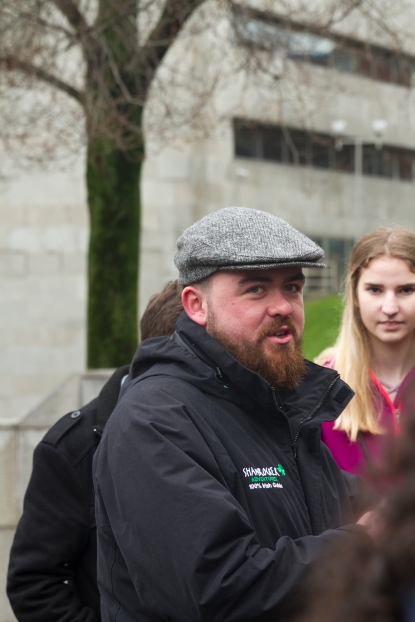 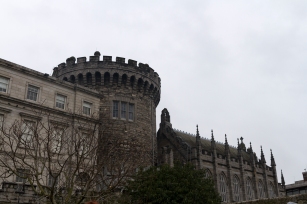 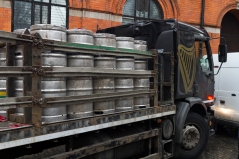 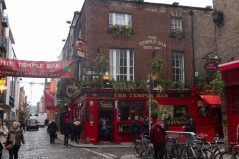 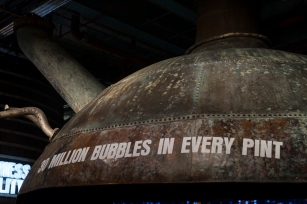 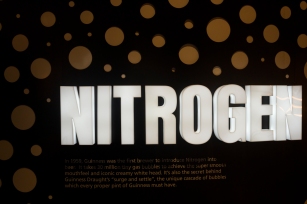 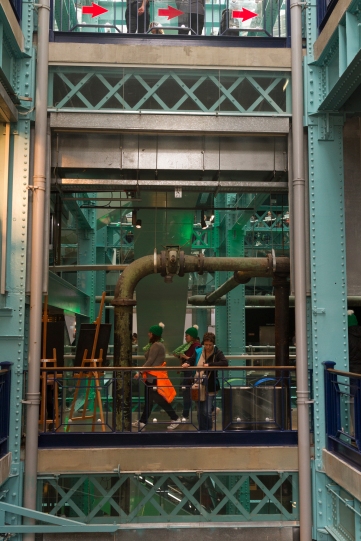 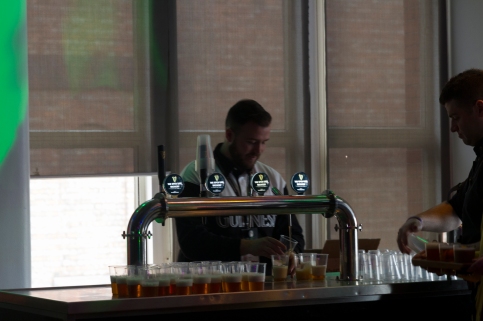 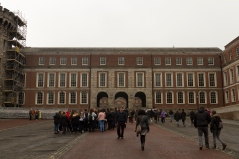 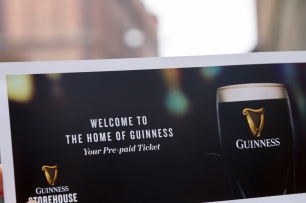 Another pub crawl, this time I chose not to drink much and left the last pub at a decent hour to catch up on some sleep. Up early to start the St Patrick Day festivities. All geared up in green, we started drinking around 8am. The Shamrockers group hung out for a couple of hours in the hostel, drinking, chatting, singing long to music as Connor our Irish guide played guitar, before making our way to the parade. Feeling well buzzed we made our way through the crowds. Unfortunately the cops took the last of our drinks as neared the parade. It was cold out, there was even some snow in the air. The parade wasn’t quite as we expected. Lots of American college marching bands. I was expecting Irish dancing, leprechauns and lots of green. Not stereotyping or anything.

We bailed after a while and found a restaurant to have lunch, more drinks and to warm up. I finally tried an Irish coffee…It was actually quite nice.

Off to Ned O’Shea’s to meet up with the rest of the groups, drink some more and watch England V Ireland in the Rugby. Ireland won!

I joined in with 3 of the girls and we wandered to Temple Bar for food then to Oscars where we danced and danced right until closing time (the song Closing Time was played as the lights came on). It was so much to just dance and have a fun time not caring about anything else but the music. We weren’t ready for the day to end so we went into Temple Bar Pub only to find it packed like sardines so we bailed, wandering through the snow fall, back to the hostel.

Over 12 hours of drinking and partying and I was still standing! I didn’t feel fantastic when I woke on my last day in Dublin. We woke to discover we’d been hit by a blizzard. We wandered around in it for a couple of hours to kill time and take photos of Dublin blanketed in snow. I forced down some lunch (which was actually delicious, I just couldn’t appreciate it at the time) at the pub with a group of girls before we all went our own ways to get flights to various locations. Me to Edinburgh for the next leg of my trip.

What a wild 4 days in Dublin. St Patty’s Day celebrated in Ireland is now checked off the bucket list! 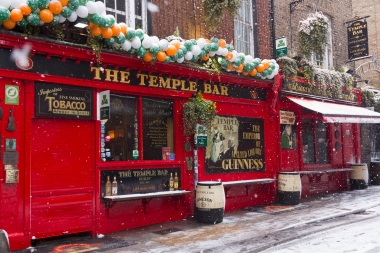 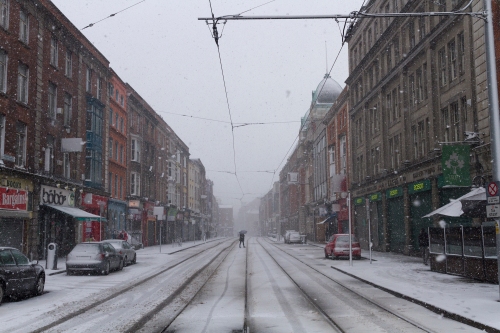 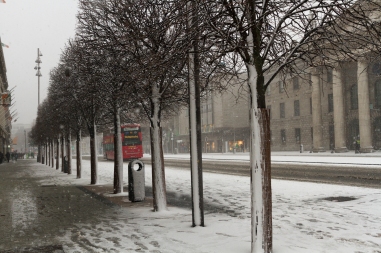 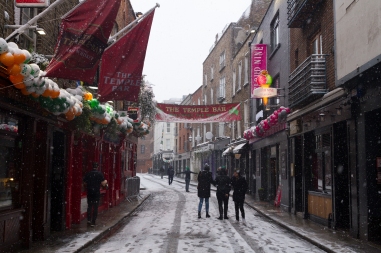 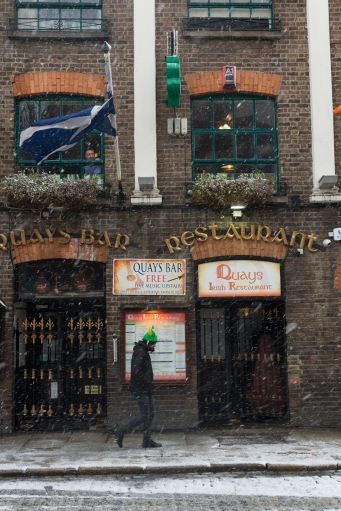 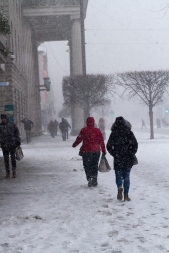