When you wake up to a message from a friend from back home saying they’re moving to your side of the world, for 6 months, for work and they ask you to come stay with them, you jump at the opportunity to see them! And that is exactly how I wound up spending 4 nights in Toulouse, in the South of France.

I flew in late Wednesday night, keen to see a familiar face from home. It actually was the best thing, hopping off the tram and seeing him standing there! We caught the metro back to his apartment and chatted and caught up for ages, despite it being so late. The first morning, I slept in, taking my time getting up and going. It’s nice to have a holiday where I’m not up early every morning and rushing to cram everything in. Eventually I went out and slowly made my way towards central Toulouse. I wandered along the canals then up a side street towards the main square in the Old Quarter of Toulouse. It was a peaceful and very green walk along the canals despite cars driving along either side. From the main square I went along another side street to a healthy cafe, Savage, that was recommended to me. Not only did they have all Vegetarian and Gluten free options on the menu but they also had swing seats. Both wins! I had a ‘steak’ burger (made from beans) made with a gluten free pancake bun. It was delicious with lots of vegetables. Something I was in need of. Next door was another place that was recommended to me…a cake shop with decadent looking cakes in the window and on the menu. I walked past a couple of times, even opened the door too, but managed to have will power and not go in. (Over the next couple of days I did that all again but still didn’t go in and eat all the cake….definitely progress for me!). I wandered along more pretty side streets before heading to a Japanese garden to sit back, relax and enjoy the sun as it started to peek through the clouds.

My friend cooked us a healthy stir-fry for dinner as we enjoyed some drinks, then he took me to Delirium Cafe, a beer bar in central Toulouse. I’m not a beer drinker but when there is banana beer, I’ll happily order it. It was my kind of sweet and bananas are my favourite. We spent a few hours sitting in the bar enjoying our beers, chatting about all sorts of things and catching up on each others lives since we saw each other last back in Australia.

Late to bed, slept in again (I really was making the most of these rare sleep ins), luckily my plans of a day trip out of Toulouse to Albi weren’t going to be happening anyways due to train strikes. Yet again I took my time getting up and going. Made my way through the old quarter of Toulouse to Pont Neuf, a bridge spanning the River Garonne. The sun slowly made an appearance to I stopped in a park along the river and sat atop a brick wall overlooking the river and towards central Toulouse and simply basked in the sunlight for a bit. I wandered back over the bridge and through the quiet and pretty streets of Carmes before heading into the main square where I treated myself to ice cream. It melted quicker then I could lick it. I headed back to my friend’s apartment, picking up some French Hard Cider along the way (I found it in the Wine aisle oddly enough). We sat out side on his balcony chatting and drinking in the sun before heading back into the centre of town to find ourselves dinner (burgers and fries) before meeting up with two of his mates (an Aussie girl and a British girl). We hung out at an English pub, drinking, chatting and listening to the live music as well as watching the tap dancing that accompanied the music. Sometimes they sang in French, sometimes they sang in English.

Another lovely lazy morning. We went to the Victor Hugo food market. He showed me around and we looked at various French wines, cheeses, cured and raw meats and sweets. We chose a couple of cheeses and a bottle of fruity red wine to have later on with dinner.

We walked through a park, yet again enjoying the sun (coming from often grey London I took advantage of any sun I could get) and mild air. Stopped and bought lunch from a Vietnamese food stand which we took back into the park, found a bench in the shade and sat for a while. Enjoying our food, chatting away and people watching. This trip continued to be exactly what I needed, lots of rest and relaxation. We continued to walk some more around town, exploring churches and the weekend’s going ons. We picked up groceries for our dinner, which involved cheese and crackers, prosciutto, carrots and tzatziki and broccoli and hummus (one of my favourite combinations). We put it all together and set it up on his small green table out on the balcony. We sat in the sun, drank the wine, nibbled away at the food and chatted some more. It was lovely.

We met up with the Aussie girl, who he works with, that I met the night before and we found a cocktail bar where we enjoyed fancy cocktails (mine was a slushy, perfect on such a mild evening) before heading back to Delirium Cafe for beers. This time I chose the cherry beer. It was just as good as the banana beer! On the way back to the Metro afterwards, we found a baguette machine, which served up, in under 2 minutes, warm baguettes. Such a novelty so of course we got one to share.

Last day in Toulouse and France really turned it on with the weather! So sunny and warm. Luckily we’d already planned to ride along the Canal Du Midi, out of Toulouse, to have a picnic along the water. We hired bikes and rode along tree lined paths that ran along the canal. The footpath was dappled with sunlight. It was a beautiful sight. A perfect way to spend my last day in the South of France. After an hour of riding we stopped and sat on a little jetty on the water to eat our packed lunches. Also enjoying the warmth. We rode along the canal for a while longer (unbeknownst to me, I was getting sunburnt in this time-luckily it tanned up nicely by the time I went back to work). We stopped occasionally to take photos and to help a guy on his boat who was heading upstream.

After a fun day in the sun, riding through the French countryside, it was time to head back to Toulouse so I could get ready to head to the airport for my flight back to London. Due to departure delays and arrival delays and having to get a bus home from Stansted airport, I didn’t get into bed until very late (or should I say early as it was 3am). It was hard saying goodbye to my friend, it was so nice and comforting to see a familiar face from home after too long. 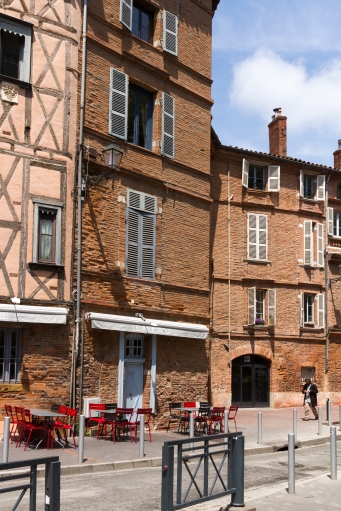 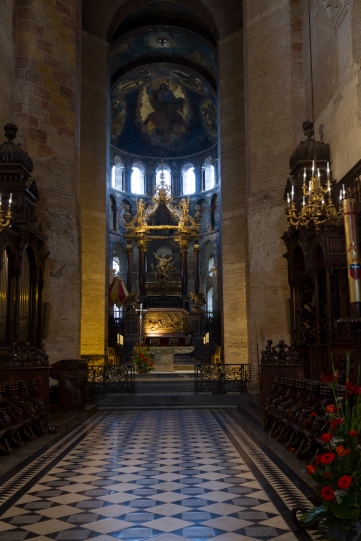 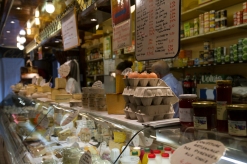 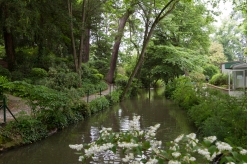 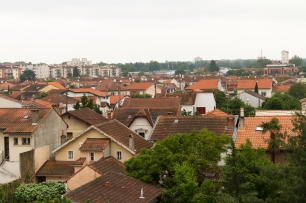 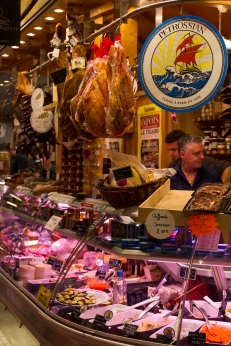 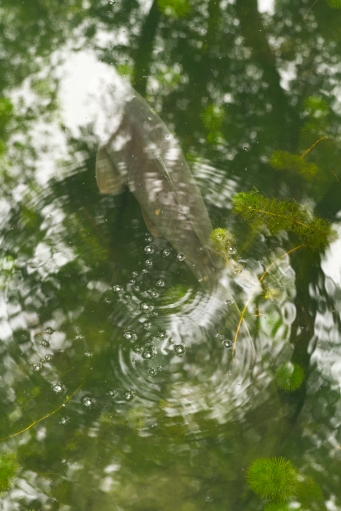 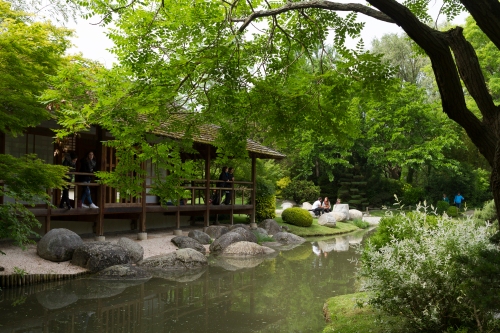 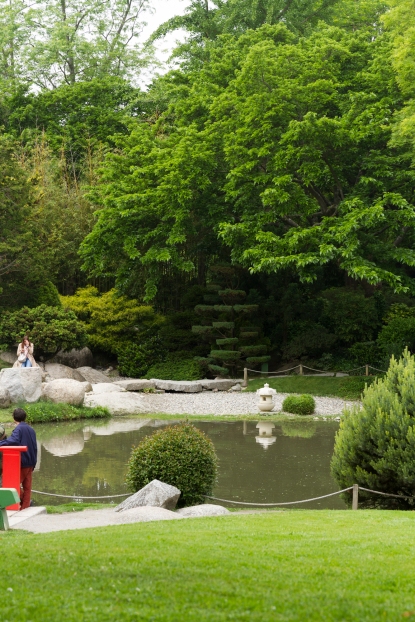 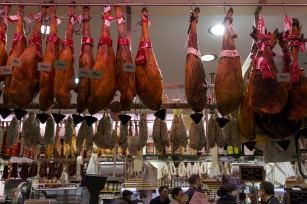 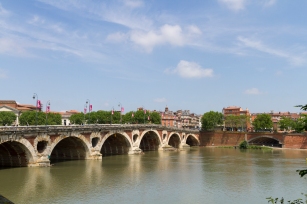 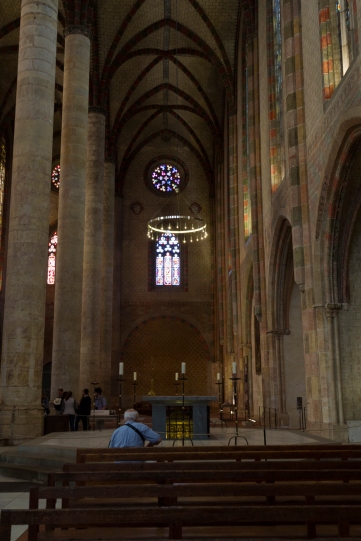 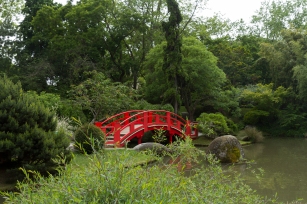 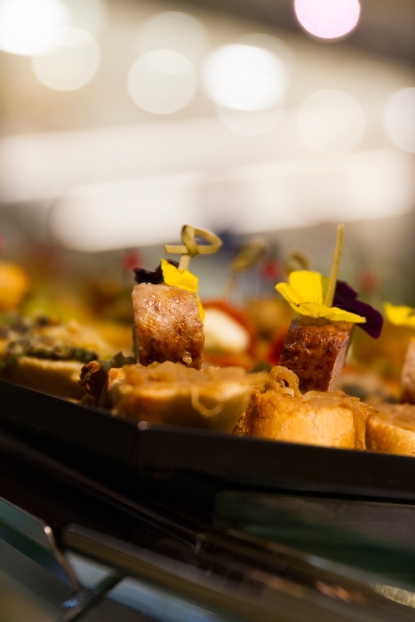 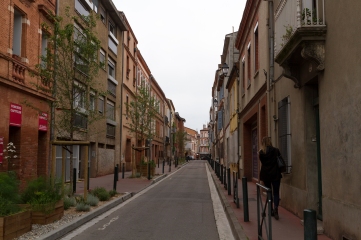